The Ayre Clinic for Contemporary Medicine was established in November 1999 in Burr Ridge, IL, a southwest suburb of Chicago by Steven G. Ayre MD. Dr. Ayre’s mission was to provide new ways for cancer care for people who can benefit from a gentle, holistic approach to cancer care.

Our mission today is to continue to provide innovative and inspiring education and guidance for people looking to manage or prevent cancer and chronic diseases. We still follow the Comprehensive Cancer Care model of care, as developed by James Gordon, MD:

1. Something to treat the tumor – whether a patient is undergoing standard oncological therapies or IPT if determined appropriate, managing tumor growth and spread is a priority.

3. Mind/Body Medicine – healing is a transformation. Mind-Body medicine or psychoneuroimmunology is about transforming our thoughts, beliefs, and/or emotional patterns to create health. 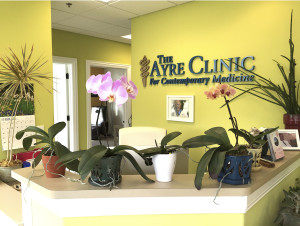 Steven G. Ayre MD passed away July 12, 2013. He is profoundly missed, but his loving presence lives on in our desire to provide creative, innovative approaches to health. Read below to learn more about his life, work, and the Ayre Clinic for Contemporary Medicine.

The Ayre Medical Clinic or Clinique Medicale Ayre was the family practice of William Burton Ayre MD and his son, Steven G. Ayre MD. Ayre Medical was located in the Town of Mount Royal, a suburb of Montreal, Quebec in Canada. The practice continued on as a family medical practice for some years after William Burton Ayre retired, and the original space is now adjacent to an organic, holistic grocery store. 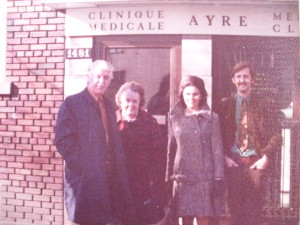 The staff of the Ayre Medical Clinic – William Burton Ayre MD, nursing staff, and Steven Ayre, MD. Steven joined his father, William Burton Ayre MD, at Ayre Medical in 1975 after graduating medical school. He developed an interest in the practice of Orthomolecular Medicine when his sister, thirteen-year-old Stacia Ayre, was diagnosed with schizophrenia.  Treatment with first generation antipsychotic medications were accompanied by harsh, sometimes irreversible side-effects. Wanting better treatment for his younger sister, Steven looked into the work of fellow Canadian physician, Abram Hoffer, MD. Hoffer was treating people diagnosed with schizophrenia according to Orthomolecular practices, employing nutrients such as vitamins, minerals, amino acids, and fatty acids to correct possible nutritional imbalances or deficiencies which could be contributing to this most distressing of psychiatric disorders.

Medicine alone could not cure Cia’s illness and she sadly ended her life July 25, 1990 at the age of thirty-eight. While he ultimately couldn’t save her, Steven learned a great deal about how he could help others as a physician with the knowledge he gained on the path of Orthomolecular Medicine.

Dr. Ayre became known amongst people diagnosed with cancer as a physician with alternatives. When surgery, chemotherapy, and radiation failed to cure widespread cancers, patients came to him to see what new possibilities were available. Read more about Dr. Ayre: 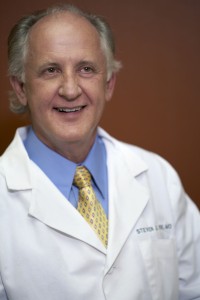 Born in Tillsonburgh, Ontario, Canada, James Ernest Ayre M.D. was a gynecologist determined to find a cure for cancer through cytology and immunology research. Dr. George Papanicolaou and Dr. Ayre were early pioneers for cytology and early detection methods in the 1940’s. While collaborating with Dr. Papanicolaou, he invented the Ayre Spatula, a scrapette used to collect cervical cells. A graduate in medicine from the University of Alberta in Edmonton, Alberta, Canada, Dr. Ayre held a number of various positions with cancer institutes, including vice president of Cancer Cytology Foundation of America, executive vice president of World Cancer Cytology Congress, and medical and scientific director of the National Cancer Cytology Institute. 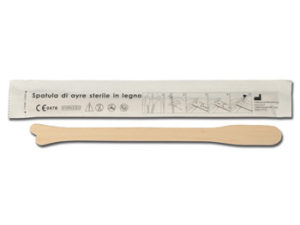 National Cancer Center was founded by Dr. J. Ernest Ayre, in 1953 as a non-profit organization committed to research and education about cancer. Dr. Ayre was a pioneer in refining and promoting the Pap test for women, a major factor in reducing deaths from cervical cancer by 70%. He was also one of the first researchers to recognize the enormous potential of Interferon for cancer treatment.

Dr. Ayre’s dedication and accomplishments have been emblematic of the work we have carried out for over 65 years. Of the six million dollars of fellowship awards more than granted, NCC is pleased to have funded a record $450,000 this year, in 2019, to eleven exceptional, post-doctoral scientists at a wide range of academic and scientific institutions.

We are currently funding research at Duke University, Yale University, Dana-Farber Cancer Institute at Harvard University, the Salk Institute, Children’s Hospital of Philadelphia and other prominent universities and research institutes throughout the U.S.

Canadian-born James Ernest Ayre, M.D., was a gynecologist who sought to find a cure for cancer through research into immunology and cytology, cytology being the microscopic study of cells to detect abnormalities and malignancies.

A 1936 graduate in medicine from the University of Alberta in Edmonton, Canada, after three years in general practice, Dr. Ayre underwent training in obstetrics and gynecology at Montreal’s Royal Victoria Hospital and St. Mary’s Hospital. In 1945, he was appointed director of the gynecological cytology laboratory at Royal Victoria Hospital and two years later was named an honorary Fellow of the American Medical Association and Diplomate in Gynecology of the Royal College of Physicians and Surgeons of Canada.

Along with Dr. George Papanicolaou, Dr. Ayre was a pioneer in cytological cancer detection methods as early as the 1940’s when such research was in its beginning stages.

His impact upon the field, especially in the area of women’s health, was groundbreaking. After his arrival in the U.S., in collaboration with Dr. Papanicolaou, he was co-inventor of the Ayre Spatula, the instrument still used today to collect cervical cells for the detection of cancer. After being granted a patent in 1949, he donated to the American Cancer Society all the profits from the sale of his cervical scraper.

Dr. Ayre’s creative approach to cancer diagnosis continued apace with his invention of the gastric brush and other instruments employed in the diagnosis of cancers of the lung, throat, stomach and colon. Further, he introduced the cyto-sputum kit, a simple but brilliant test which uses saliva to detect pre-cancerous and cancerous cells in the mouth, throat and lung.

Dr. Ayre was also in the front ranks of early researchers into the enormous cancer treatment potential of the drug interferon. Today, interferon is used to treat cancers as various as leukemia, melanoma and AIDS-related Kaposi’s sarcoma, as well as such viral infections as chronic hepatitis B and C.

The capstone of his dedicated professional life was marked in 1953 when Dr. Ayre founded the National Cancer Cytology Center, forerunner of today’s National Cancer Center. Committed to research and education about cancer, since 2011 alone the National Cancer Center has provided nearly $2,000,000 in funding for basic research into the cure, prevention and diagnosis of cancer. We are honored to carry on Dr. Ayre’s legacy through our funding for specialized research projects: Aggressive Cancer, Breast Cancer, Children’s Cancer and Fighting Childhood Leukemia.