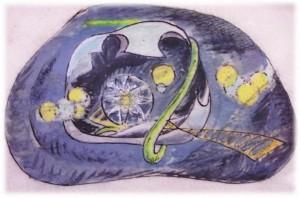 IPT targets the powerful cell-killing effects of standard chemotherapy on cancer cells, and negates their destructive side effects on healthy tissues.  Insulin Potentiation Therapy (IPT) is a new approach to treating cancer that involves no new drugs. The therapy uses insulin, and takes advantage of the powerful, cell-killing effects of ordinary chemotherapy drugs, used in very low doses.

Cancer cells get their energy by secreting their own insulin, and they  stimulate themselves to grow by secreting their own insulin-like growth factor (IGF). These are the mechanisms of malignancy. Insulin and IGF work by attaching to special cell membrane receptors, and these receptors are sixteen times more concentrated on cancer cell membranes than on normal cells. These receptors are the key to IPT. Using insulin in IPT, the end result is that the low dose chemotherapy gets channeled specifically inside the cancer cells, killing them more effectively, while greatly reducing, and in most cases eliminating the possibility of chemotherapy side-effects. The innovative advantage to IPT is that it kills cancer cells by using the very same mechanisms that cancer cells use to kill people.

Put simply, chemotherapy drugs have to get inside cancer cells to kill them. Conventionally, this is achieved by using high doses of these drugs, leading to very undesirable and sometimes even fatal side-effects.   One of the little know facts about cancer cells is that they make their own insulin in order to obtain glucose – the fuel they need in large amounts as they grow and divide at an abnormally rapid rate. We take advantage of insulin’s action. By giving cancer cells insulin, we prime the membranes to open up. Coordinating this event with the introduction of low-doses of chemotherapy, we get much more of the chemotherapy drugs inside the cancer cells to kill them, leaving healthy cells unharmed. This process allows us to avoid dangerous, undesirable dose-related side-effects.

Because of this favorable side effect profile, cycles of low-dose chemotherapy with IPT may be done more frequently. There is good patient acceptance of the hypoglycemic side effect of insulin in this protocol, and the “rescue phenomenon” occasioned by the timely administration of hypertonic glucose actually serves to provide patients with an experiential metaphor for the rapid recovery of their well being. It is acknowledged that cancer treatment can often be debilitating for patients. In those undergoing treatment with IPT, an overall gentler experience promotes their concurrent use of other important elements in a program of Comprehensive Cancer Care, which includes nutrition for immune system support, and mind-body medicine to support a healing consciousness.

Insulin Potentiation Therapy (IPT) manipulates the mechanisms of malignancy to therapeutic advantage by employing insulin as a biologic response modifier of cancer cells’ endogenous molecular biology. The autonomous proliferation of malignancy is supported by autocrine secretion of insulin for glucose/energy uptake by cancer cells, and a similar autocrine and/or paracrine elaboration of cellular factors to stimulate cancer growth. Amongst these, the insulin-like growth factors have been identified as the most potent mitogens for cancer cells. Of primary importance for IPT, cancer cell membranes also have six times more insulin receptors and ten times more IGF receptors, per cell, than the membranes of host normal tissues. Further, insulin can cross-react with and activate cancer cell IGF receptors. Thus, per cell, cancer has sixteen times more insulin-sensitive receptors than normal tissues. As ligand effect is a function of receptor concentration, these facts serve to differentiate cancer from normal cells – a vital consideration for the safety of cancer chemotherapy.

In light of these revelations, exogenous insulin acts to enhance anticancer drug cytotoxicity, and safety, via 1) a membrane permeability effect to increase the intracellular dose intensity of the drugs, 2) an effect of metabolic modification to increase the S-phase fraction in cancer cells, enhancing their susceptibility to cell-cycle phase-specific agents, and 3) an effect of biochemical differentiation based on insulin receptor concentration that focuses the first two insulin effects predominantly on cancer cells, sparing host normal tissues. Significantly less drug can thus be targeted more specifically and more effectively to cancer cell populations that are more susceptible to the chemotherapy drug effects, all this occurring with a virtual elimination of the dose-related side effects of these powerful drugs.